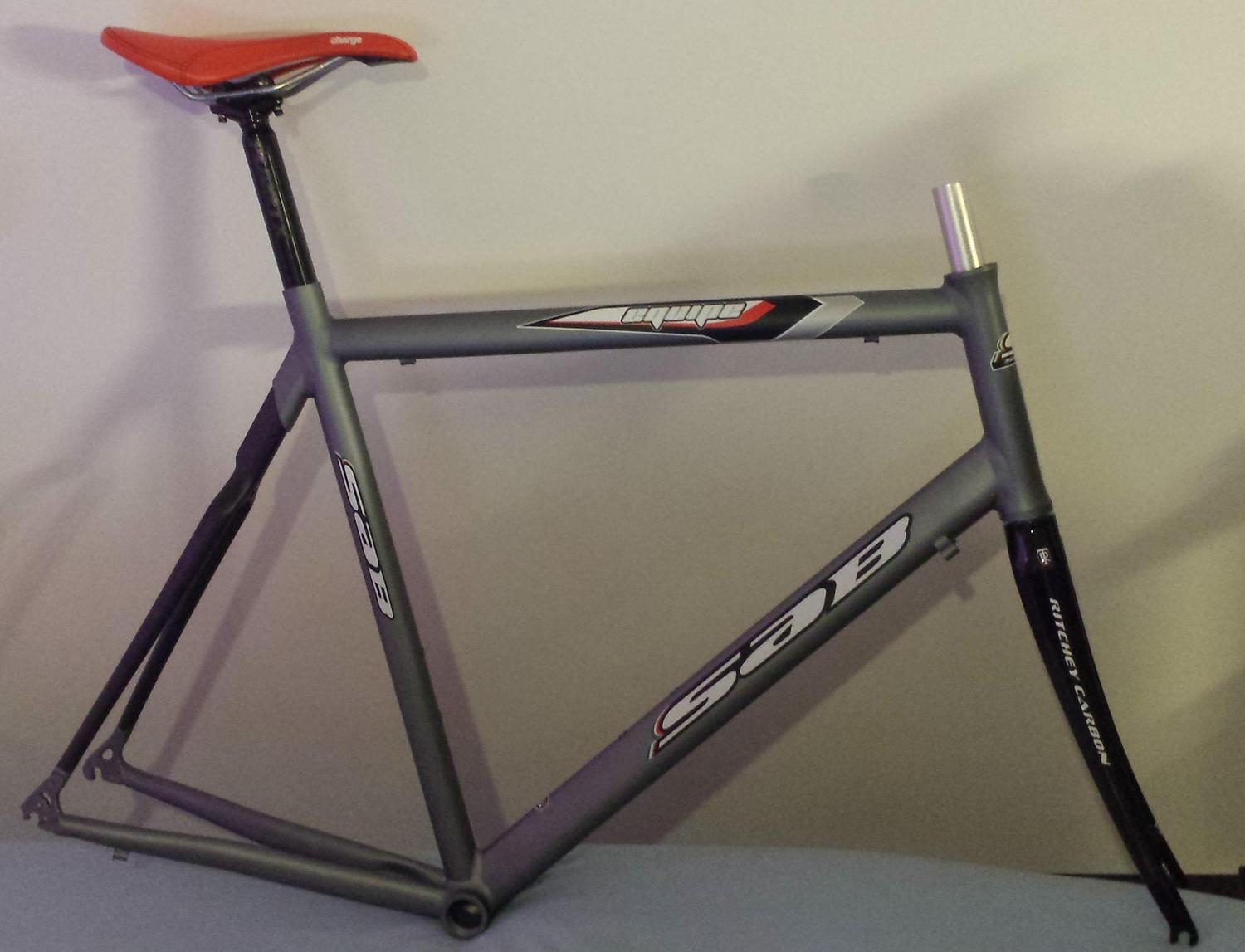 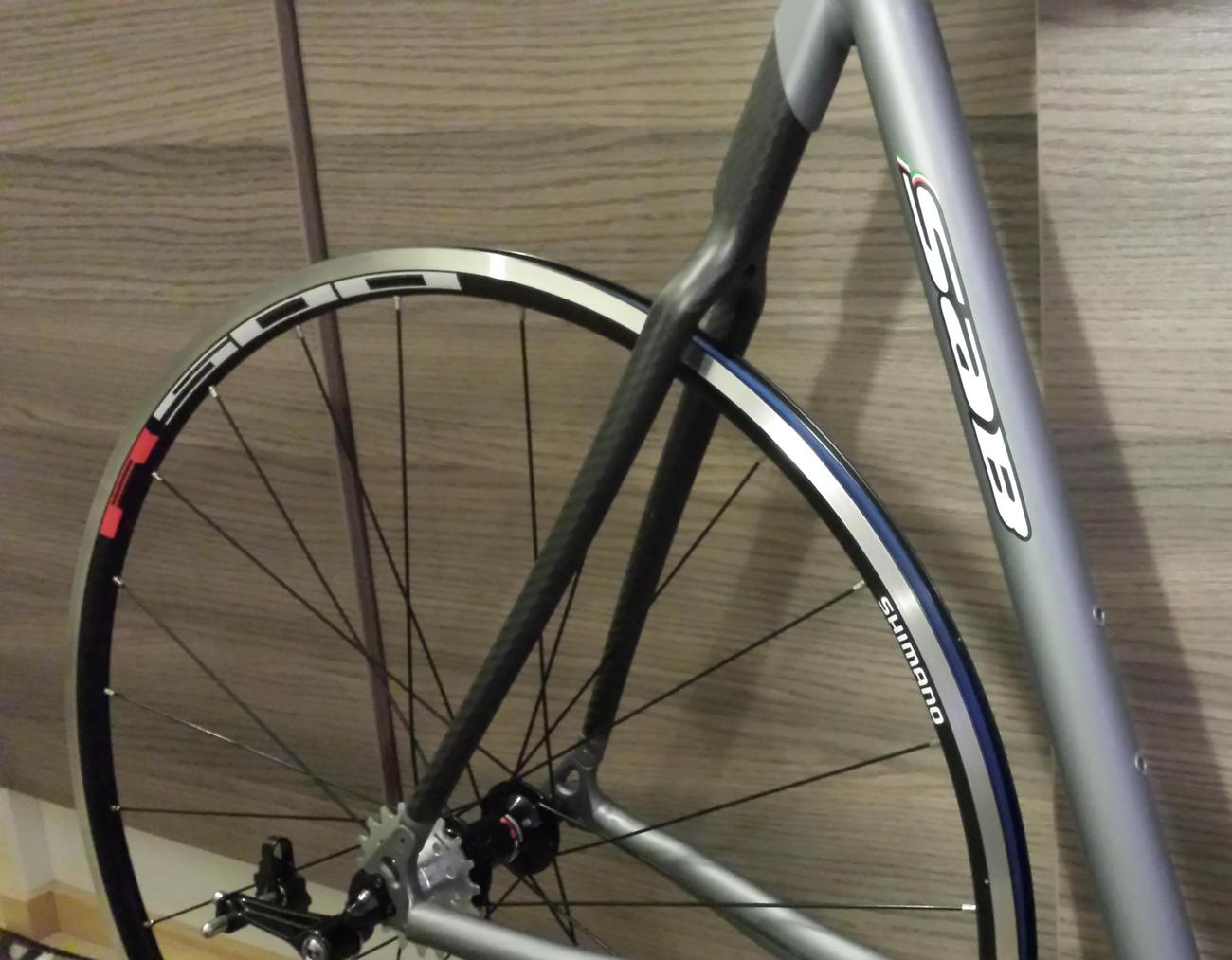 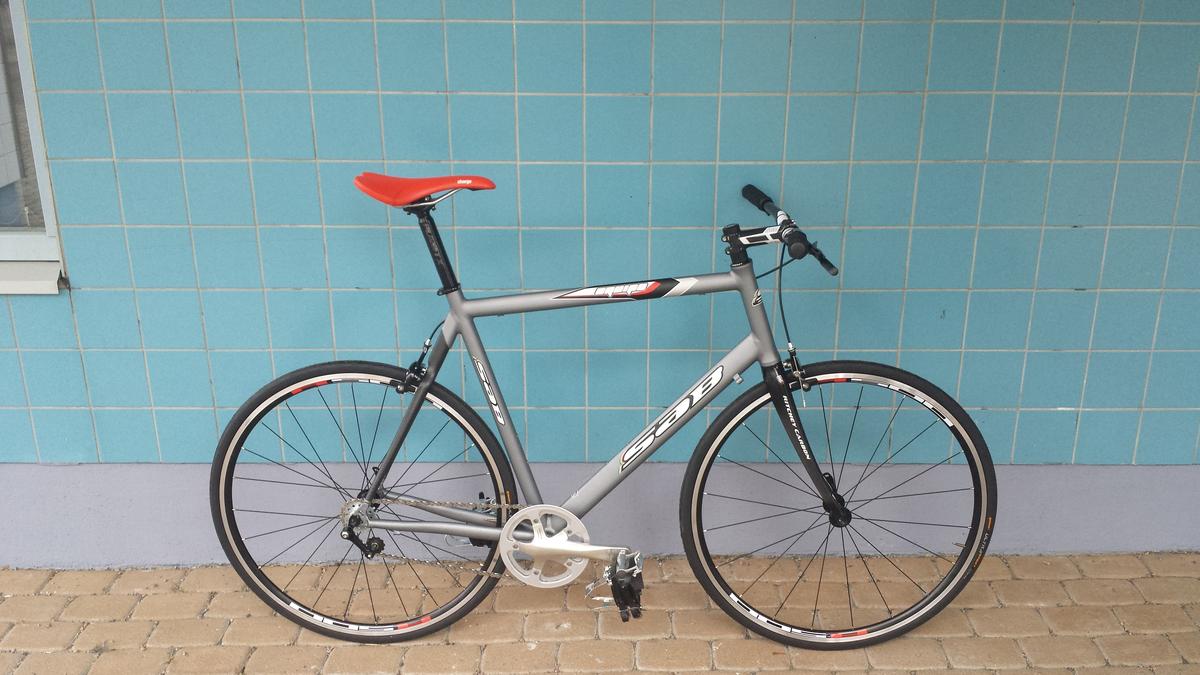 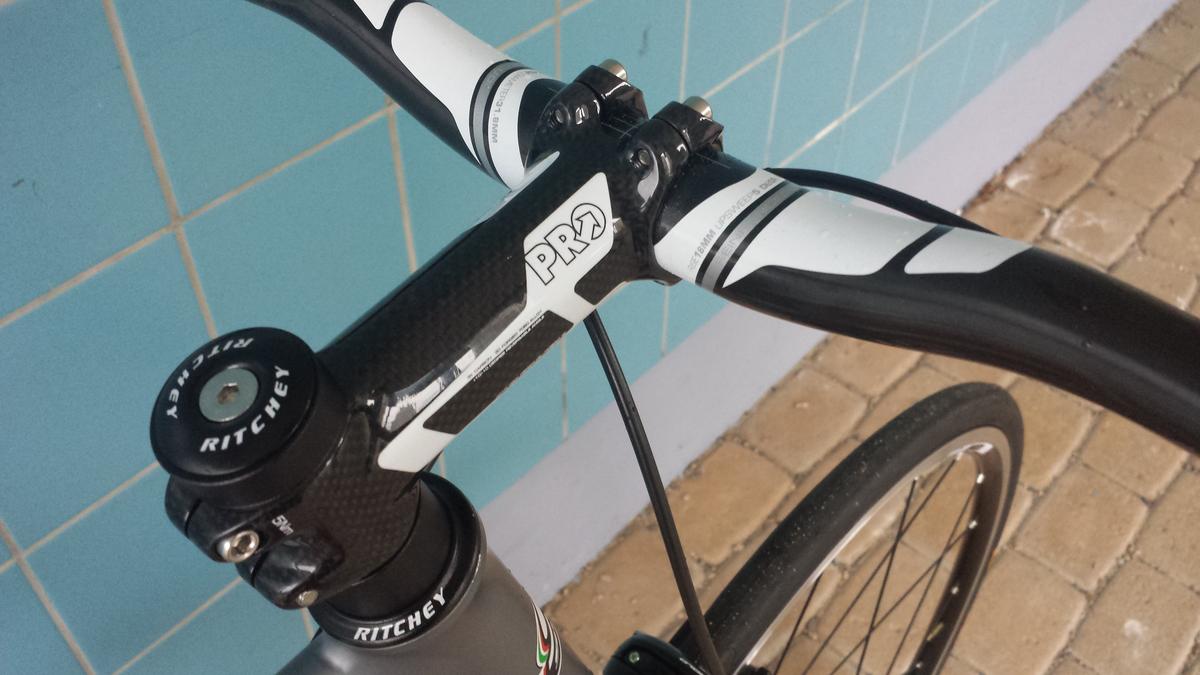 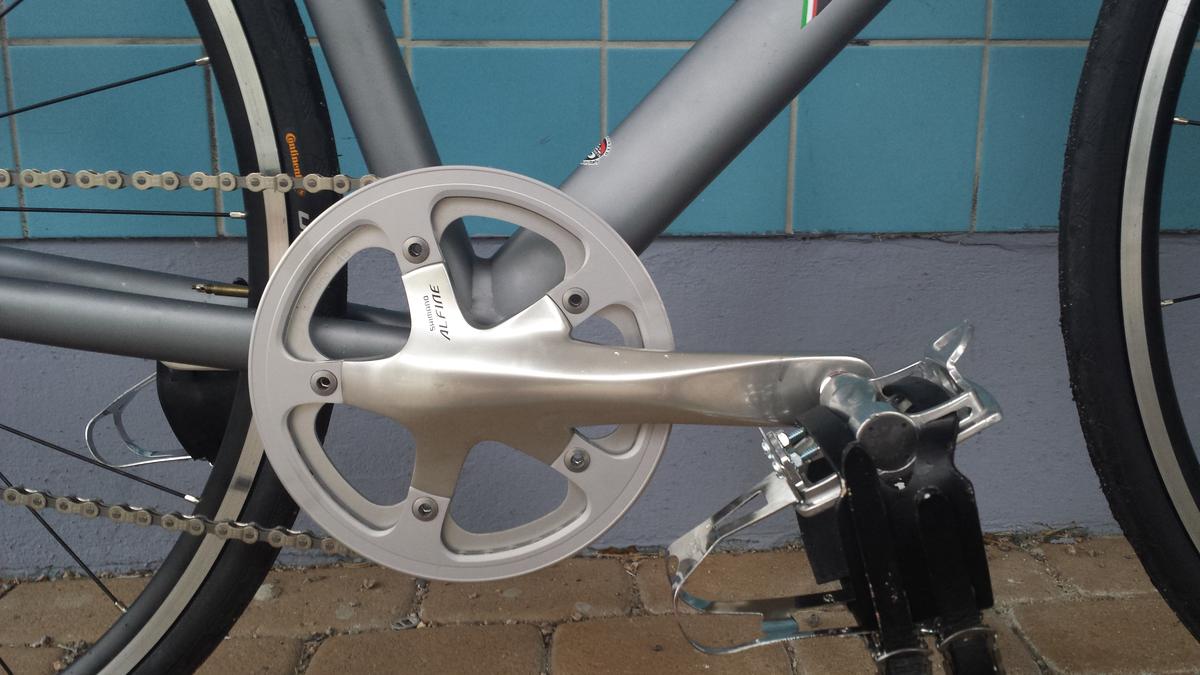 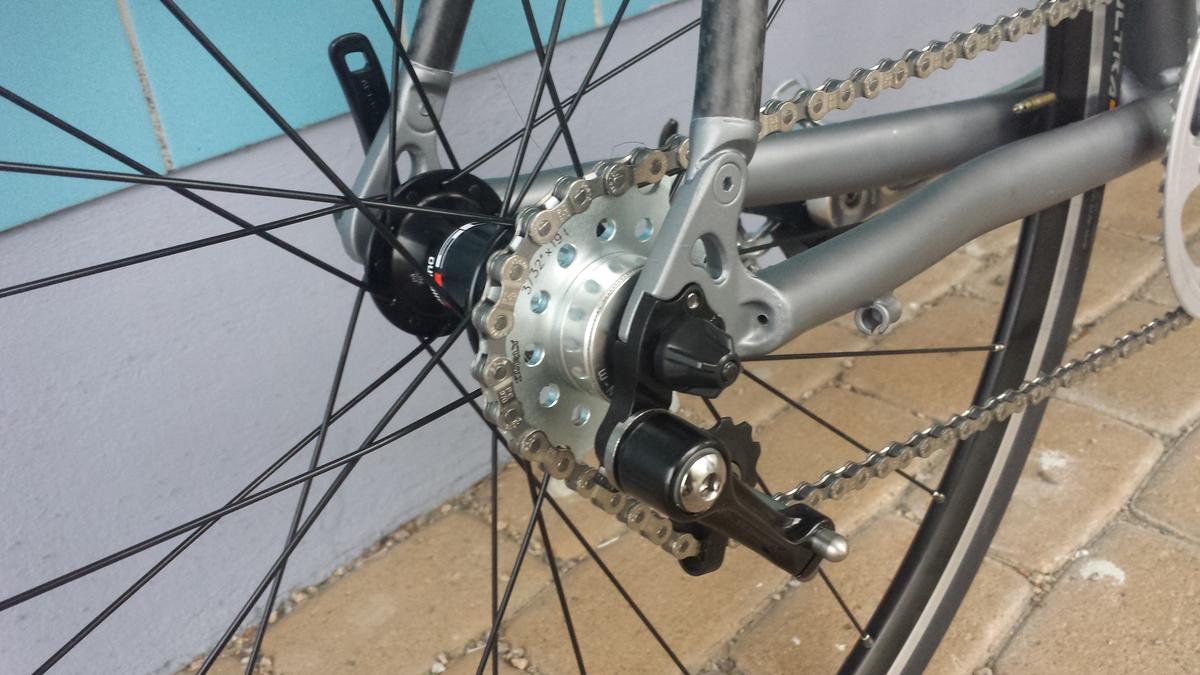 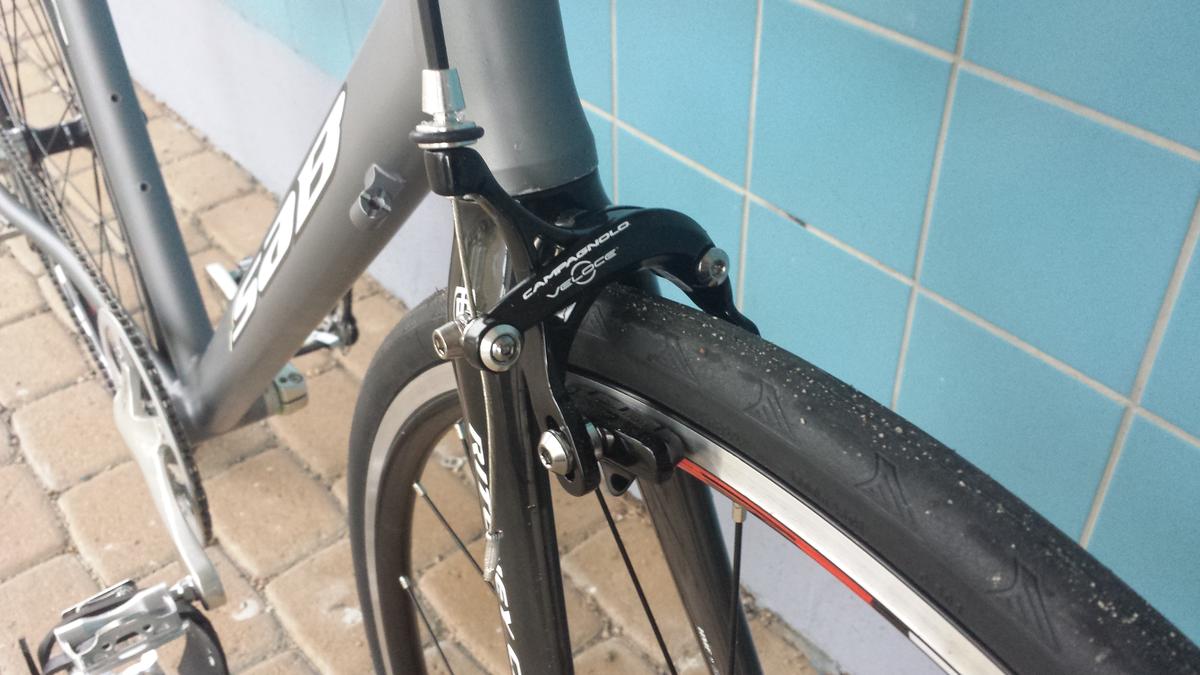 “We’re proud to announce the release of an exclusive new range of road and MTB frames from San Marino boutique brand SAB. The latest range of carbon and alloy road frames pushes their race bred designs to new heights, but it’s not exclusively about high end cutting edge carbon road frames. Starting at only £99.99 we now stock a comprehensive selection of alloy and carbon road, MTB and cyclo cross framesets- all with a certain Italian flare.
SAB have always been a race focussed brand- building on generations of competition successes the Vicini family founded the company out of a need to succeed and that philosophy still runs as strong today. The new range is exciting, dynamic and full of Italian flare. But it also offers the maximum possible bang for buck, thanks to Planet X’s direct sales model.” Planet X 26.2.2013

"SAB — the history
As with many Italian cycling manufacturers, SAB bikes were born from a traditional cycling family, with a long history of success. Firstly as racing cyclists, and secondly putting their years of experience back into the industry through their top end racing bikes.
SAB were founded in 1990 by Mario Vicini (Jnr), son of Italian cycling legend Mario Vicini. Born on the 21st February 1913, in Cesena Italy (Also home town of the late Marco Pantani). Mario was a successful professional from 1935—1953, with career highlights including, 2nd overall 1937 Tour de France, Stage winner and pink jersey in the 1938 Giro d’Italia, 1939 Italian National Champion and back to back stages in the 1940 Giro d’Italia, on his way to 4th overall.
Vicini’s first involvement in the bicycle industry, was as a partner in local Italian brand B.M.C, before creating SAB bikes with his son in 1990.
SAB became popular across Italy for their bespoke service, providing teams and individuals with custom built and hand finished bikes, as well as industry standard mass produced models.
In 2001 SAB took its first step into the professional ranks, supporting division 2 Italian team, Amore & Vita — Beretta. This partnership continued until 2005, when SAB took a further step forward, sponsoring Francesco Casegrande’s Giro d’Italia team, Naturino — sapori di mare.
SAB is now in safe hands, as part of the Planet X family, with plans for new models, better distribution and a rebirth into the echelons of high level performance cycling. Long live Sab!" Planet X 14.11.2012

“SAB acquisition — digging in the dirt
Our new signing, former US Postal rider Jamie Burrow is heading up our operation in Italy. He’s been part of the team that’s going through the details — frame by frame — for the completion of our aquisition of the Sab brand. Here’s his blog on his last few weeks work — sifting through layers of history, literally.
Since coming on board at Planet X in July, one of my first tasks has been to scout and then follow proceedings on our acquisition of SAB bikes. To many of you, this name won’t ring many bells, a good second tier Italian bike manufacturer from the tiny republic of San marino. But for me it has been a fascinating opportunity having raced professionally on SAB bikes for 3 years, during my time with Amore & Vita pro cycling team from 2002—2004.
After weeks of back and forth journeys, phone calls and even the occasional email, (very rare and modern form of communication for many Italians). We have finally completed all the formalities, the brand is ours and its now time to start shipping all the stock back to the UK.
Welcome to Aladdin’s cave! upon opening the huge warehouse doors, Its like being a small kid let loose in a sweet shop. The lucky owner of a golden ticket to Willy wonka’s chocolate factory. Thousands of SAB frames from probably the past 2 decades, laying there in piles, seemingly abandoned. Boxes upon boxes of wheels, components and accessories all looking for new homes.
I think my 2 colleagues on this project, Charlie and Luke wondered what they have let themselves in for, with open ended tickets and permission from home to stay away until the jobs done. Its going to take some time to get all this gear packed up and shipped back, but one thing is for sure! From classic “old school cool”, to modern carbon, and the occasional “one off”, there are going to be some fantastic offers and bargains to be had very soon, here on our website.” Planet X 17.10.2012