Back home me and a few friends would get together and play darts once a week (sometimes twice if Jason’s wife and kids were away!), I understand that it’s nowhere near as popular here as it is in the UK but is there anyone in Helsinki that would be interested in going to a pub to play?

Don’t let this 180 put you off, my consistency is terrible… 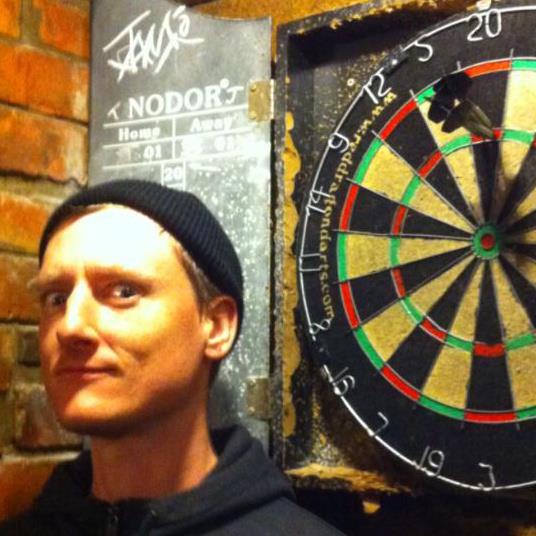 We (= members / hang-arounds of the international archaeological schools) have had here in Athens a habit of gathering into one pub every Tuesday eve for fun and games (usually games of “Mickey Mouse” or “Killer” so we can have many players on the board at once).

(that would be late December)

That might be even suitable for wednesday fixienight (keskarit) during the season in the abyss (see what I did there) during the gloomy winter. If it’s not “racing” night.

I have hard time hitting even the floor, but i could go for some darts.

This sounds promising! Maybe I could try and organise something in January, probably too much hassle now because of Christmas and New Years parties.

In Finland we have this thing called “Dart ‘n’ Ride”.

I don’t know what this outdoor board is but I saw a lot of them in Lieksa in the summer, it’s most certainly not darts!

Those are for mökkitikka or cottagedart. Buy from a petrol station for 5 euros, get drunk and throw the darts at your friends. Awesome fun! Sometimes those have an actual dartboard on the other side. The quality is awful.

darts could actually be a quite good weapon for bicyle mounted combat warrior. 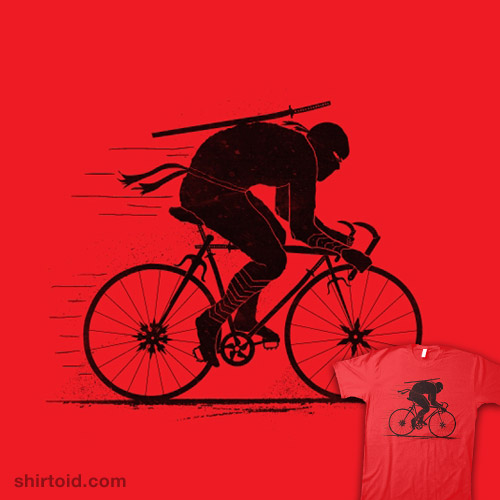 I have seen a finnish boy running around with a tikka in his forehead. Also one once injected my friends foot.

i can play darts with you next year, ty-ger.

Couldn´t sleep last night because of the flu.
I´m afraid this guys creepy laughter is haunting me during the next one…

I’m all for fun but darts is a serious game, no ninjas, no butts and most certainly no Germans!

Hopefully the 4+ months I’ve gone without playing will have reset my arm because I was playing so badly before I moved here (note how I’m making my excuses early).

WANT! NEED! WHERE? EDIT: nope, not going to order one t-shirt from US.

here’s a picture from colleagues from England doing trackstand darts.