Yep, gotta agree with jasmin on this one, the man has got a point.

Fixie is bulletproof, everything else might freeze, including the rims, so the cantis are a nogo.
Go for knobbies, the bigger the better, spikes are expensive, heavy and generally useless, and riding fixed, youl’ll start losing studs in no time.

I would go for karate monkey or inbred, but a soup’d up ESB would also do the trick, and prolly end up being sexier ride. 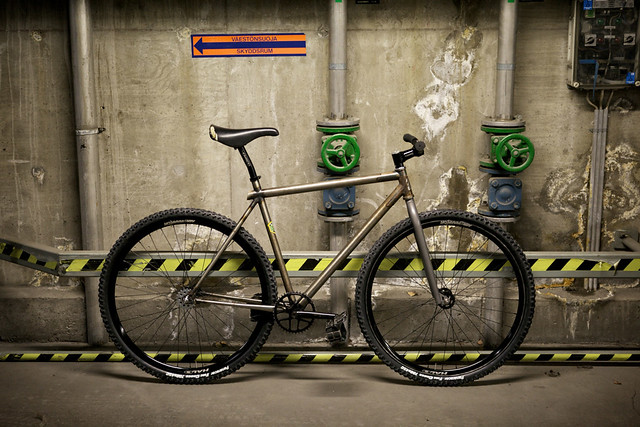 I like to ride in Turku with 26" spike tyres, full fenders and disc brakes. It is slow and heavy but I just hate the black ice so much. I have another fixed bike with knobbys for dryer snow days.

Like Kare said, it’s all about learning, until I moved here I’d seen maybe 10 days of snow in my entire 33 years. I’m sure it’s very easy if you’ve grown up with it but I literally couldn’t even walk around for a whole month last winter and I found it REALLY frustrating.

I need a bike that is going to get me to and from work reliably and I find it hard to believe that a bike without spiked tyres will work, I’ll just slip and slide all over the place, hit a patch of black ice, end up in the hospital unable to work and won’t be able to pay my rent.

I know there isn’t one solution that will work 100% of the time and people will have very different ideas from each other so keep them coming, it’s all helping! 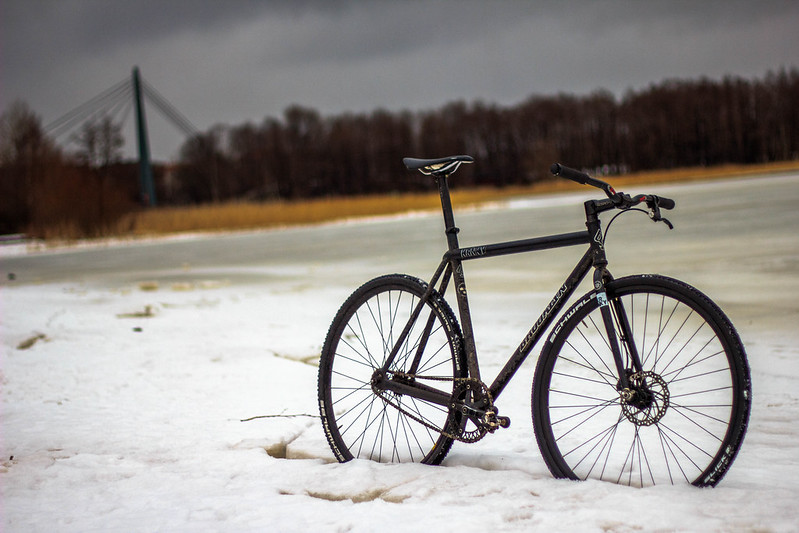 spike on front could save you some peace of mind but

I bought some of those literally a week before all the ice melted, I only got to use them twice! I hear they are called ‘granny spikes’